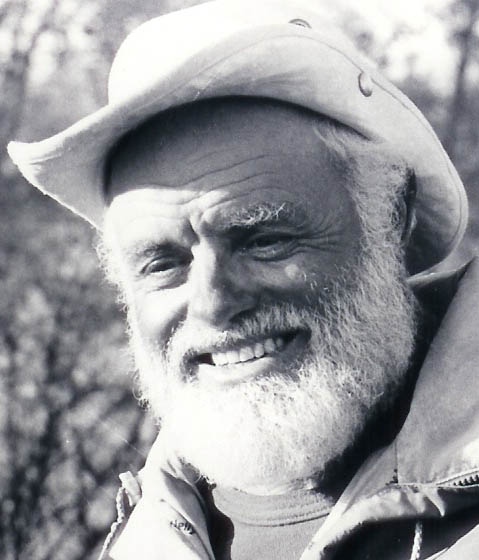 Verlen Kruger (June 30, 1922 – August 2, 2004) was a world record canoeist from Delta Mills, Michigan. In his lifetime, he paddled over 100,000 mi (160,000 km). This love of paddling was all the more remarkable because he did not start until age 41. Of particular note are the 18,232 mile Two Continent Canoe Expedition and the 28,040 mi Ultimate Canoe Challenge, the longest canoe journey ever. For more details on his accomplishments, read the story in Rapid Media's online edition of Paddling Magazine.
Verlen was named “The River Guardian” at the 2003 Quiet Water Symposium. This was a heartfelt honor from the entire mid-Michigan paddling community. He was recognized for his outstanding achievements and records in paddle sports, for bringing international awareness to our environmentally sensitive waterways, and for fostering stewardship of our treasured water resources. 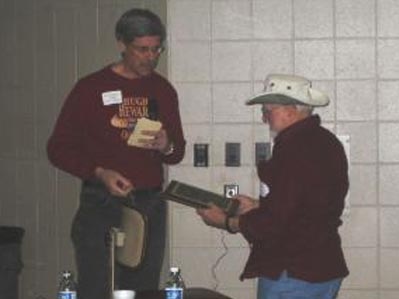 As a further honor to Verlen, the award was named for him for subsequent years, becoming “The Verlen Kruger Award”. It is given annually to a person (or persons) who has supported and promoted paddle sports along with water conservation, education, or history in Michigan. The recipient of this award receives a commemorative paddle, and a brick on which the date and the name of the recipient is engraved. A duplicate brick is added to the walkway around the Verlen Kruger Memorial located by the Grand River in Portland, Michigan. The recipient’s name is also engraved on a plaque that is on public display. 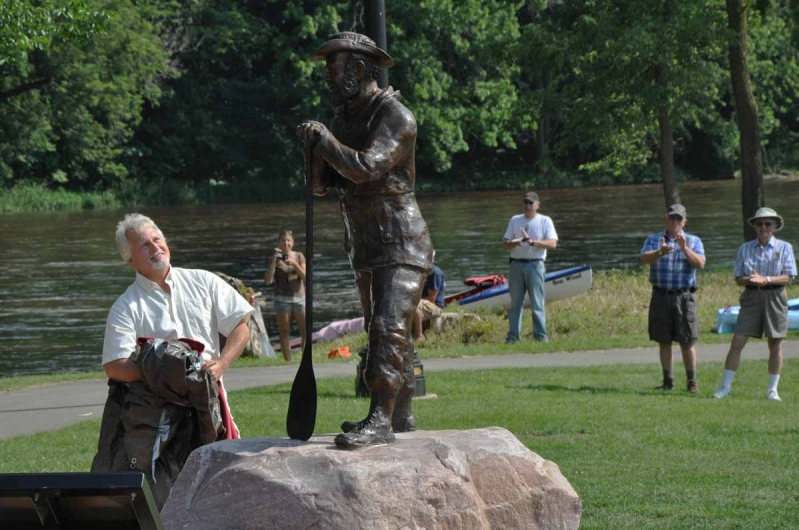 In 2018, the Quiet Water Society congratulated Tom and Connie Cannon, who had been selected as winners of the 2018 Verlen Kruger Award. Tom and Connie are the ones who pass you every time you paddle the Hugh Heward Challenge. They have been racing together since their first canoe race in 1988. Tom can even boast that in 1980, at age 24, he raced in the Au Sable River Canoe Marathon alongside of Verlen Kruger. We suspect that he was alongside for the first 50 feet but then lost sight of Verlen for the next 120 miles! 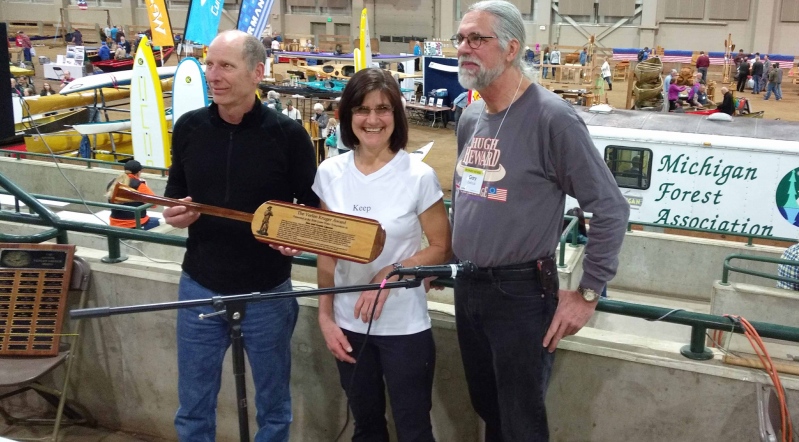 ew up in a family of canoe and kayak racers. She raced in her first Au Sable River Canoe Marathon in 1990 with Tom as her partner. They finished just out of the top ten at number 11 in the Expert Division. In 2013, Connie placed first in the C1 Woman Senior class at the National Canoe and Kayak Marathon Championships hosted by the United States Canoe Association.

Tom and Connie actively participate in river maintenance activities and in bringing new people into the sport of paddling and racing. They will always be champions to their friends in the paddling community. Below is the text which appears on the 2018 Verlen Kruger Award.
Presented at the 2018 Quiet Water Symposium to
Tom and Connie Cannon
Lifelong canoe racers, Tom and Connie Cannon influenced the sport of paddling beyond measure. Generations of paddlers mark the start of a life on the water from first meeting Tom and Connie. At age 24, Tom raced against Verlen in the 1980 AuSable River Canoe Marathon (ARCM). Tom and Connie raced together for the first time in 1988. Two years later, they entered the ARCM as a team, finishing 11th. In 2013, Connie placed first in the C1 Woman Senior class at the National Canoe and Kayak Marathon Championships hosted by the United States Canoe Association. Decades ago, part of Verlen’s deep passion for canoeing passed to Tom and Connie. It could not have found a better home.
With this award, the Quiet Water Society celebrates Tom and Connie Cannon’s generosity to countless
paddlers and their inspiring leadership in caring for the rivers we share.
VERLEN KRUGER AWARD RECIPIENTS

Website powered by MemberLeap, a product of Vieth Consulting.